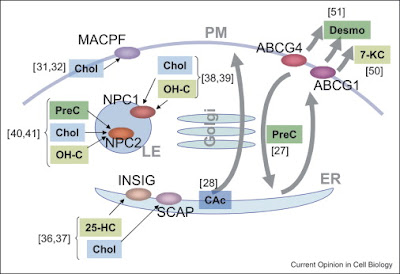 A team of UCLA-led researchers has identified a protein with broad virus-fighting properties that potentially could be used as a weapon against deadly human pathogenic viruses such as HIV, Ebola, Rift Valley Fever, Nipah and others designated "priority pathogens" for national biosecurity purposes by the National Institute of Allergy and Infectious Disease.

In a study published in the January issue of the journal Immunity, the researchers describe the novel antiviral property of the protein, cholesterol-25-hydroxylase (CH25H), an enzyme that converts cholesterol to an oxysterol called 25-hydroxycholesterol (25HC), which can permeate a cell's wall and block a virus from getting in.