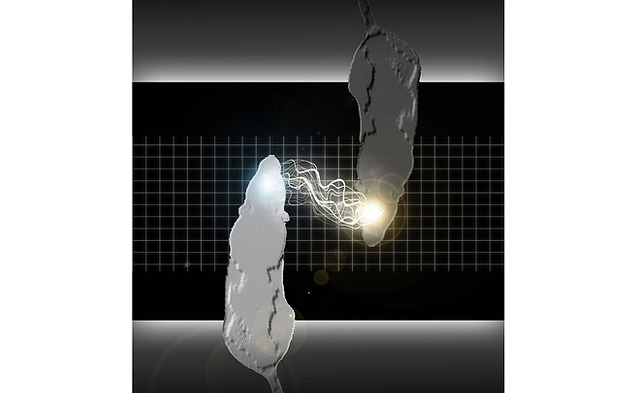 The brains of two rats have been connected over a long distance, creating an artificial communication channel between the two animals.What do you think?

(February 28, 2013)  Scientists studying brain-machine interfaces at the Nicolelis Lab have demonstrated that the real-time transfer of sensory-motor brain signals from a rat in Natal, Brazil to another in Durham, N.C. leads both rats to make similar behavioral selections. The researchers used a brain-to-brain interface, allowing the visual and motor signals of one brain to be transmitted directly to the other. These results give further support to the notion that the brain is capable of processing additional signals from unconventional sources.What do you think?

“The study underscores the brain’s ability to find and exploit regularities between neural patterns of activity, and to use them to increase the rate of reward—even if the thing that’s doing the transduction... is derived from the activity of another animal,” said Marshall Shuler, assistant professor of neuroscience at Johns Hopkins University