Males' superior spatial ability likely is not an evolutionary adaptation 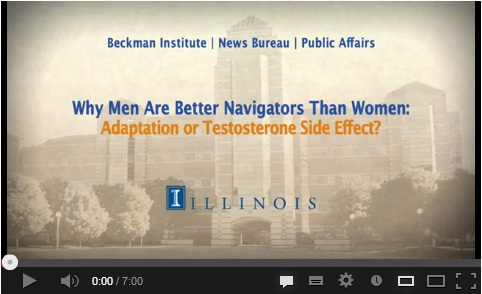 Males and females differ in a lot of traits (besides the obvious ones) and some evolutionary psychologists have proposed hypotheses to explain why. Some argue, for example, that males’ slight, but significant, superiority in spatial navigation over females – a phenomenon demonstrated repeatedly in many species, including humans – is probably “adaptive,” meaning that over the course of evolutionary history the trait gave males an advantage that led them to have more offspring than their peers.