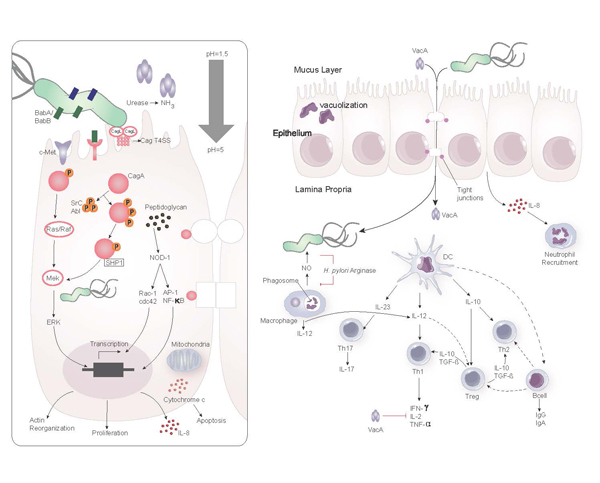 A stomach bacterium believed to cause health problems such as gastritis, ulcers, and gastric cancer may play a dual role by balancing the stomach’s ecosystem and controlling body weight and glucose tolerance, according to immunologists at the Virginia Bioinformatics Institute of Virginia Tech.

Usually the villain in studies of gastric cancer and peptic ulcers, Helicobacter pylori infect about half of the world’s population although most infected individuals don’t get sick. The bacterium’s dwindling numbers coincide with the epidemic of obesity and diabetes in developed countries.