MOLECULES ASSEMBLE IN WATER, HINT AT ORIGINS OF LIFE 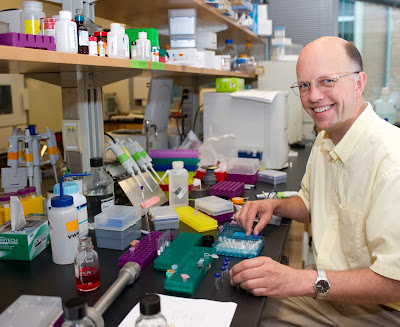 The base pairs that hold together two pieces of RNA, the older cousin of DNA, are some of the most important molecular interactions in living cells. Many scientists believe that these base pairs were part of life from the very beginning and that RNA was one of the first polymers of life. But there is a problem. The RNA bases don’t form base pairs in water unless they are connected to a polymer backbone, a trait that has baffled origin-of-life scientists for decades. If the bases don’t pair before they are part of polymers, how would the bases have been selected out from the many molecules in the “prebiotic soup” so that RNA polymers could be formed?