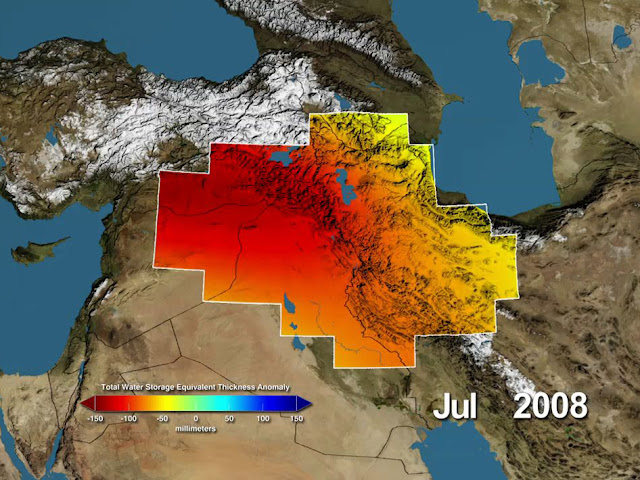 A new study using data from a pair of gravity-measuring NASA satellites finds that large parts of the arid Middle East region lost freshwater reserves rapidly during the past decade.

Scientists at the University of California, Irvine; NASA's Goddard Space Flight Center in Greenbelt, Md.; and the National Center for Atmospheric Research in Boulder, Colo., found during a seven-year period beginning in 2003 that parts of Turkey, Syria, Iraq and Iran along the Tigris and Euphrates river basins lost 117 million acre feet (144 cubic kilometers) of total stored freshwater. That is almost the amount of water in the Dead Sea. The researchers attribute about 60 percent of the loss to pumping of groundwater from underground reservoirs.