A New Look at Surface Chemistry 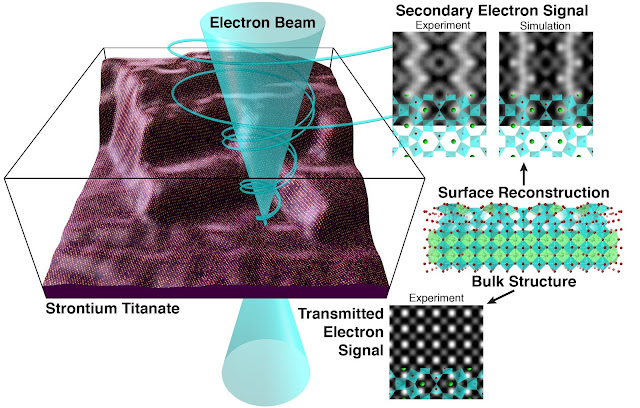 Technique for Studying the Atomic Structure of Material Surfaces Holds Promise for Catalysis, Corrosion and Other Critical Reactions

(June 17, 2015)  For the first time in the long and vaunted history of scanning electron microscopy, the unique atomic structure at the surface of a material has been resolved. This landmark in scientific imaging was made possible by a new analytic technique developed by a multi-institutional team of researchers, including scientists from the U.S. Department of Energy (DOE)’s Lawrence Berkeley National Laboratory (Berkeley Lab).

“We’ve developed a reasonably direct method for determining the atomic structure of a surface that also addresses the very challenging problem of buried interfaces,” says Jim Ciston, a staff scientist with the National Center for Electron Microscopy (NCEM) at the Molecular Foundry, a DOE Office of Science User Facility. “Although surface atoms represent a minuscule fraction of the total number of atoms in a material, these atoms drive a large portion of the material’s chemical interactions with its environment.”