Fingerprinting Our Sense of Smell 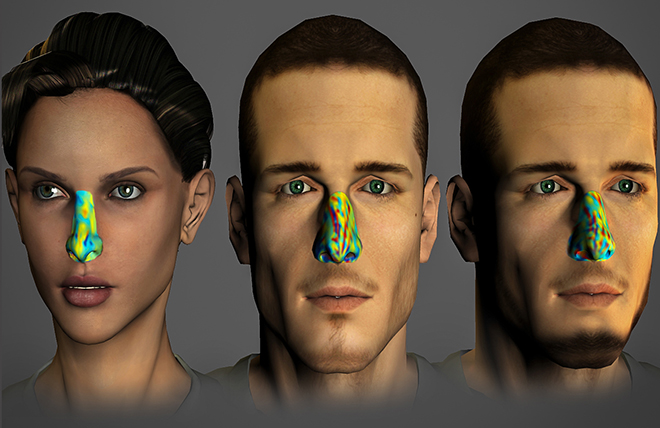 (June 30, 2015)  Each of us has, in our nose, about six million smell receptors of around four hundred different types. The distribution of these receptors varies from person to person – so much so that each person’s sense of smell may be unique. In research recently published in the Proceedings of the National Academy of Sciences (PNAS), Weizmann Institute scientists report on a method of precisely characterizing an individual’s sense of smell, which they call an “olfactory fingerprint.”

The implications of this study reach beyond the sense of smell alone, and range from olfactory fingerprint-based early diagnosis of degenerative brain disorders to a non-invasive test for matching donor organs.

The method is based on how similar or different two odors are from one another. In the first stage of the experiment, volunteers were asked to rate 28 different smells according to 54 different descriptive words, for example, “lemony,” or “masculine.” The experiment, led by Dr. Lavi Secundo, together with Dr. Kobi Snitz and Kineret Weissler, all members of the lab of Prof. Noam Sobel of the Weizmann Institute’s Neurobiology Department, developed a complex, multidimensional mathematical formula for determining, based on the subjects’ ratings, how similar any two odors are to one another in the human sense of smell. The strength of this formula, according to Secundo, is that it does not require the subjects to agree on the use and applicability of any given verbal descriptor. Thus, the fingerprint is odor dependent but descriptor and language independent.