Carrying a Table Together with a Robot 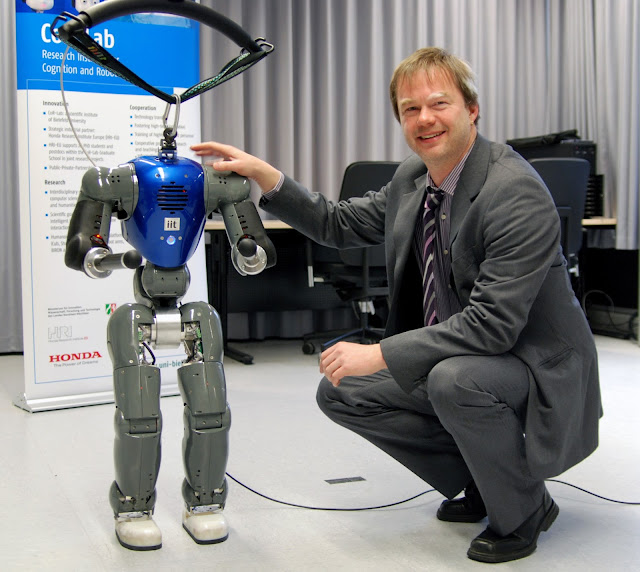 In the EU joint project CogIMon, robots are learning to observe, adjust their force, and react

(June 19, 2015)  From a robot’s perspective, humans are normally a nuisance: when robots and humans have to work together, it often leads to problems. Researchers on CogIMon, a new project starting at Bielefeld University, want to teach robots how to interact with humans and work together to accomplish tasks. CogIMon stands for “cognitive compliant interaction in motion.” This research group is working on humanoid as well as industrial robots. The project is coordinated by Professor Dr. Jochen Steil of CoR-Lab, the research institution on cognition and robotics at Bielefeld University. Together with six other international partners, the joint project will run from 2015–2018 and is funded with 7 million Euros from Horizon 2020, a framework programme for research and innovation of the European Union.