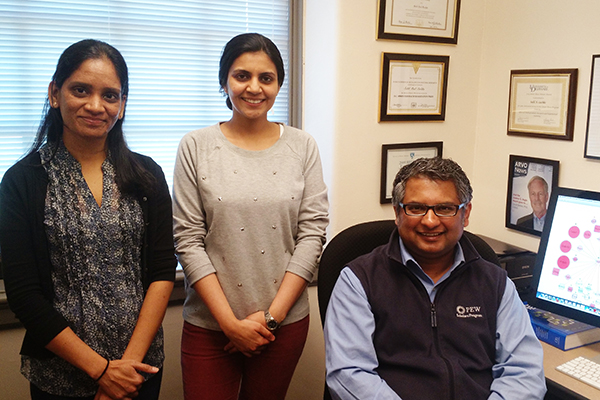 (June18, 2015)  When cataracts encroach on the eyes, the only effective remedy is to surgically replace the eyes' lenses with synthetic substitutes.

But what if scientists found a way to delay or prevent cataracts from forming in the first place?

Researchers at the University of Delaware may have found such an opportunity by identifying the prime suspects in the formation of cataracts – deficiency of two genes that encode regulatory proteins.

When those two genes are unable to do their work, the lenses of the eyes become cloudy and develop cataracts, no aging process or damaging exposure to radiation required.

Cataracts, the leading cause of blindness, can have a genetic basis.