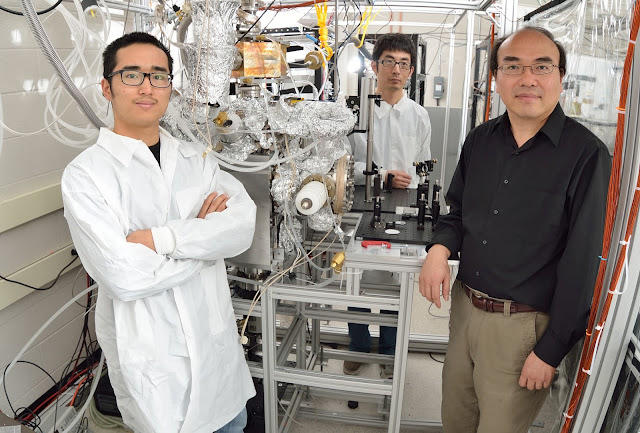 (June 26, 2015)  Research led by Michigan State University could someday lead to the development of new and improved semiconductors.

In a paper published in the journal Science Advances, the scientists detailed how they developed a method to change the electronic properties of materials in a way that will more easily allow an electrical current to pass through.

The electrical properties of semiconductors depend on the nature of trace impurities, known as dopants, which when added appropriately to the material will allow for the designing of more efficient solid-state electronics.

The MSU researchers found that by shooting an ultrafast laser pulse into the material, its properties would change as if it had been chemically “doped.” This process is known as “photo-doping.”