Powering desalination with the sun 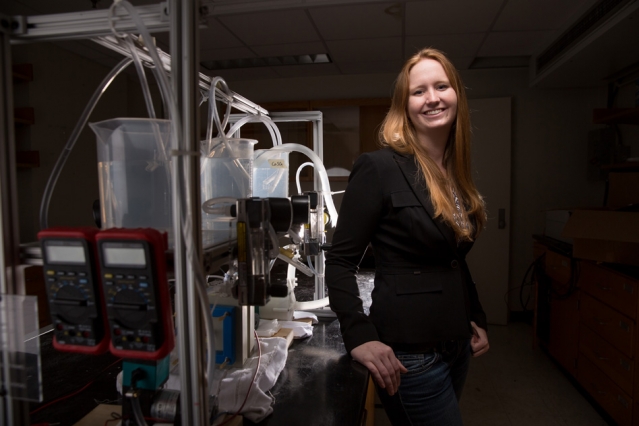 (June 22, 2015)  When graduate student Natasha Wright began her PhD program in mechanical engineering, she had no idea how to remove salt from groundwater to make it more palatable, nor had she ever been to India, where this is an ongoing need.

Now, three years and six trips to India later, this is the sole focus of her work.

Wright joined the lab of Amos Winter, an assistant professor of mechanical engineering, in 2012. The lab was just getting established, and the aim of Wright’s project was vague at first: Work on water treatment in India, with a possible focus on filtering biological contaminants from groundwater to make it safe to drink.

There are already a number of filters on the market that can do this, and during her second trip to India, Wright interviewed a number of villagers, finding that many of them weren’t using these filters. She became skeptical of how useful it would be to develop yet another device like this.