Is salt the key to unlocking the interiors of Neptune and Uranus? 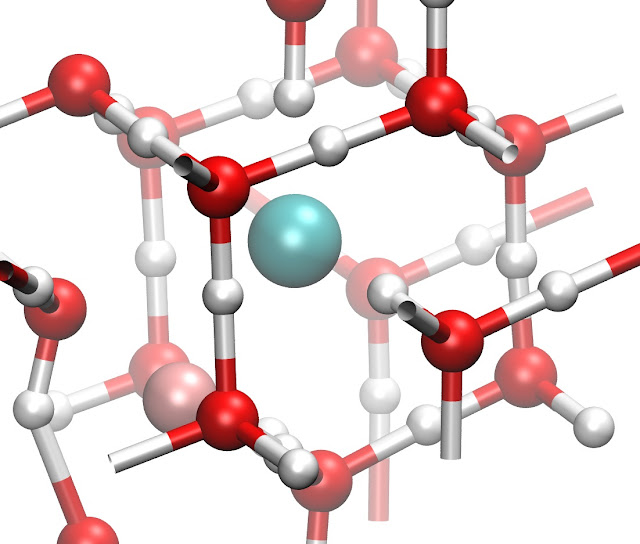 (June 22, 2015)  The interiors of several of our Solar System’s planets and moons are icy, and ice has been found on distant extrasolar planets, as well.  But these bodies aren’t filled with the regular kind of water ice that you avoid on the sidewalk in winter. The ice that’s found inside these objects must exist under extreme pressures and high-temperatures, and potentially contains salty impurities, too.

New research from a team including Carnegie’s Alexander Goncharov focuses on the physics underlying the formation of the types of ice that are stable under the paradoxical-seeming conditions likely to be found in planetary interiors. Their work, published by Proceedings of the National Academy of Sciences, could challenge current ideas about the physical properties found inside icy planetary bodies.