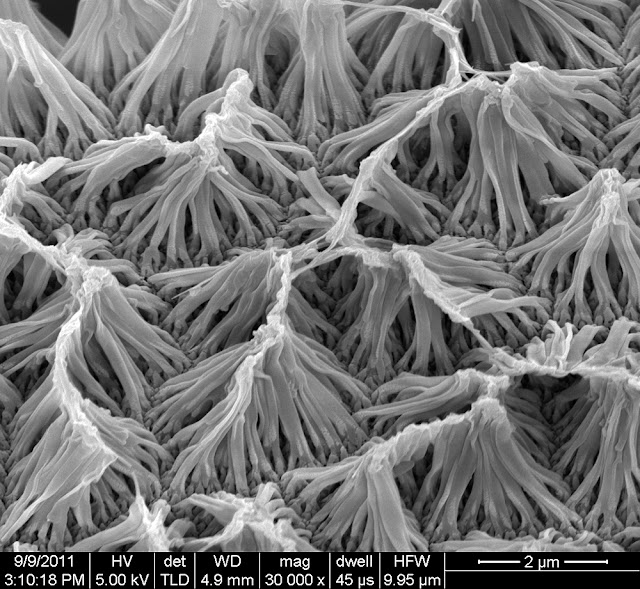 (June 23, 2015)   A team of researchers has created a new implantable drug-delivery system using nanowires that can be wirelessly controlled.

The nanowires respond to an electromagnetic field generated by a separate device, which can be used to control the release of a preloaded drug. The system eliminates tubes and wires required by other implantable devices that can lead to infection and other complications, said team leader Richard Borgens, Purdue University's Mari Hulman George Professor of Applied Neuroscience and director of Purdue's Center for Paralysis Research.

"This tool allows us to apply drugs as needed directly to the site of injury, which could have broad medical applications," Borgens said. "The technology is in the early stages of testing, but it is our hope that this could one day be used to deliver drugs directly to spinal cord injuries, ulcerations, deep bone injuries or tumors, and avoid the terrible side effects of systemic treatment with steroids or chemotherapy."

The team tested the drug-delivery system in mice with compression injuries to their spinal cords and administered the corticosteroid dexamethasone. The study measured a molecular marker of inflammation and scar formation in the central nervous system and found that it was reduced after one week of treatment. A paper detailing the results will be published in an upcoming issue of the Journal of Controlled Release and is currently available online.