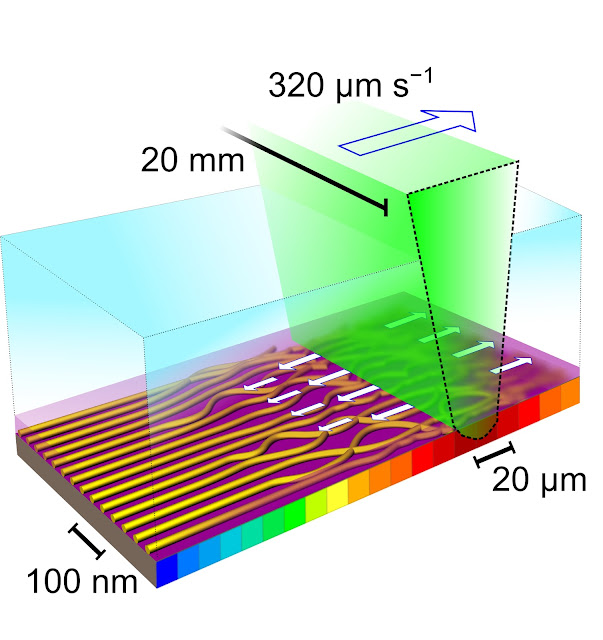 (June 23, 2015)  Down at the nanoscale, where objects span just billionths of a meter, the size and shape of a material can often have surprising and powerful electronic and optical effects. Building larger materials that retain subtle nanoscale features is an ongoing challenge that shapes countless emerging technologies.

"We can fabricate multi-layer grids composed of different materials in virtually any geometric configuration," said study coauthor and Brookhaven Lab scientist Kevin Yager. "By quickly and independently controlling the nanoscale structure and the composition, we can tailor the performance of these materials. Crucially, the process can be easily adapted for large-scale applications."