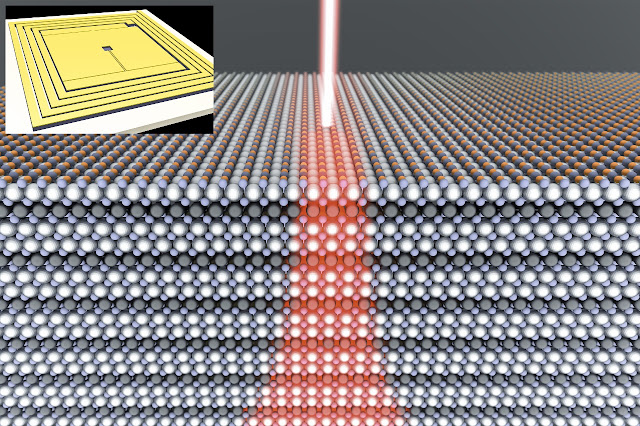 (June 22, 2015)  Physicists at UC San Diego have developed a new way to control the transport of electrical currents through high-temperature superconductors—materials discovered nearly 30 years ago that lose all resistance to electricity at commercially attainable low temperatures.

Their achievement, detailed in two separate scientific publications, paves the way for the development of sophisticated electronic devices capable of allowing scientists or clinicians to non-invasively measure the tiny magnetic fields in the heart or brain, and improve satellite communications.

“We believe this new approach will have a significant and far-reaching impact in medicine, physics, materials science and satellite communications,” said Robert Dynes, a professor of physics and former Chancellor of UC San Diego. “It will enable the development of a new generation of superconducting electronics covering a wide spectrum, ranging from highly sensitive magnetometers for biomagnetic measurements of the human body to large-scale arrays for wideband satellite communications. In basic science, it is hoped it will contribute to the unravelling of the mysteries of unconventional superconductors and could play a major role in new technologies, such as quantum information science.”