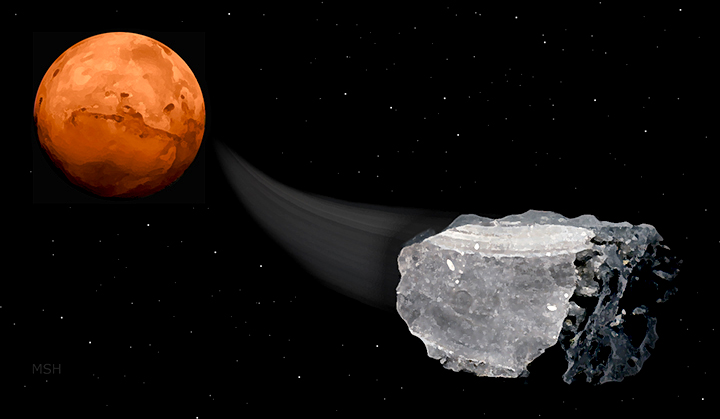 (June 16, 2015)  An international team of researchers has discovered traces of methane in Martian meteorites, a possible clue in the search for life on the Red Planet.

The researchers examined samples from six meteorites of volcanic rock that originated on Mars. The meteorites contain gases in the same proportion and with the same isotopic composition as the Martian atmosphere. All six samples also contained methane, which was measured by crushing the rocks and running the emerging gas through a mass spectrometer. The team also examined two non-Martian meteorites, which contained lesser amounts of methane.

The discovery hints at the possibility that methane could be used as a food source by rudimentary forms of life beneath the Martian surface. On Earth, microbes do this in a range of environments.