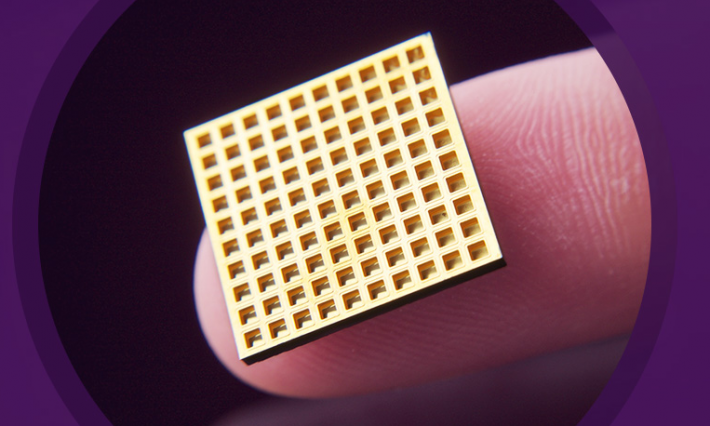 MIT spinout signs deal to commercialize microchips that release therapeutics inside the body.

Invented by Microchips Biotech co-founders Michael Cima, the David H. Koch Professor of Engineering, and Robert Langer, the David H. Koch Institute Professor, the microchips consist of hundreds of pinhead-sized reservoirs, each capped with a metal membrane, that store tiny doses of therapeutics or chemicals. An electric current delivered by the device removes the membrane, releasing a single dose. The device can be programmed wirelessly to release individual doses for up to 16 years to treat, for example, diabetes, cancer, multiple sclerosis, and osteoporosis.

Now Microchips Biotech will begin co-developing microchips with Teva Pharmaceutical, the world’s largest producer of generic drugs, to treat specific diseases, with licensing potential for other products. Teva paid $35 million up front, with additional milestone payments as the device goes through clinical trials before it hits the shelves.