Biomedical breakthrough: Carbon nanoparticles you can make at home 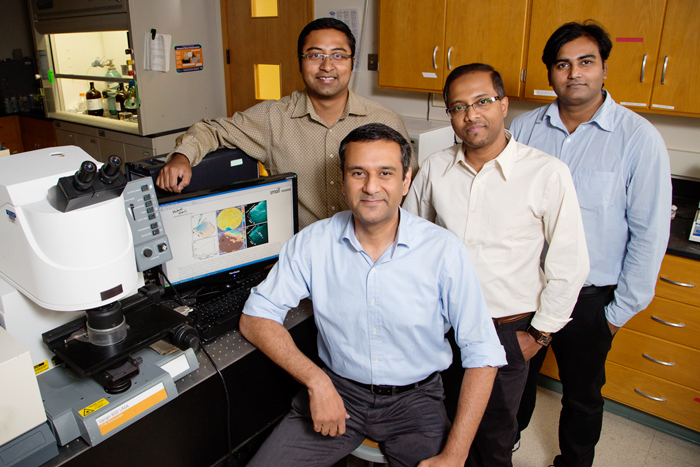 (June 18, 2015) Researchers have found an easy way to produce carbon nanoparticles that are small enough to evade the body’s immune system, reflect light in the near-infrared range for easy detection, and carry payloads of pharmaceutical drugs to targeted tissues.

Unlike other methods of making carbon nanoparticles – which require expensive equipment and purification processes that can take days – the new approach generates the particles in a few hours and uses only a handful of ingredients, including store-bought molasses.

The researchers, led by University of Illinois bioengineering professors Dipanjan Pan and Rohit Bhargava, report their findings in the journal Small.