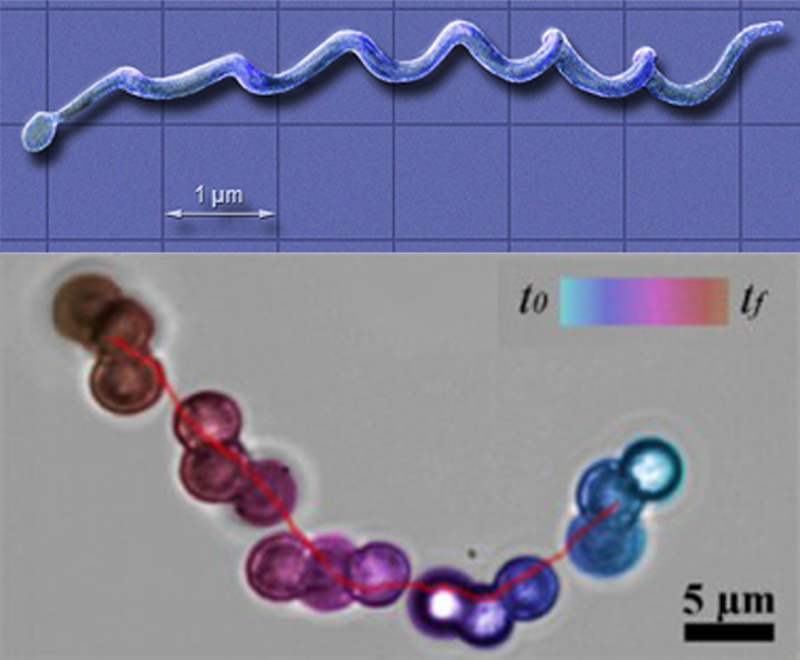 (June 24, 2015)  Swarms of microscopic, magnetic, robotic beads could be scrubbing in next to the world’s top vascular surgeons—all taking aim at blocked arteries. These microrobots, which look and move like corkscrew-shaped bacteria, are being developed by mechanical engineers at Drexel University as a part of a surgical toolkit being assembled by the Daegu Gyeongbuk Institute of Science and Technology (DGIST) in South Korea.

MinJun Kim, PhD, a professor in the College of Engineering and director of the Biological Actuation, Sensing & Transport Laboratory (BASTLab) at Drexel, is adding his team’s extensive work in bio-inspired microrobotics to an $18-million international research initiative from the Korea Evaluation Institute of Industrial Technologies (KEIT) set on creating a minimally invasive, microrobot-assisted procedure for dealing with blocked arteries within five years.

DGIST, a government-funded research entity in Daegu, South Korea, is the leader of the 11-institution partnership, which includes some of the top engineers and roboticists in the world. Drexel’s team, the lone representatives from the United States, is already well on its way to tailoring robotic “microswimmer” technology for clearing arteries.