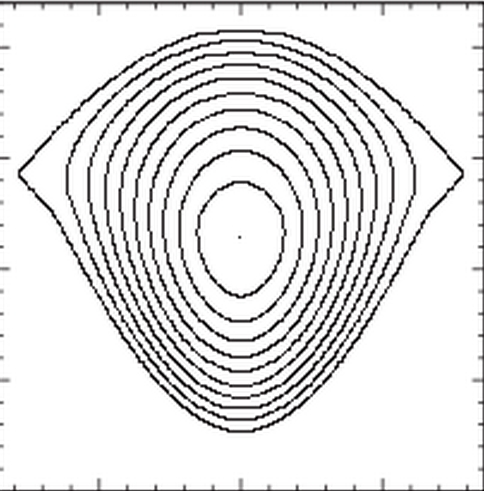 (June 30, 2015)  Researchers at the U.S. Department of Energy’s (DOE) Princeton Plasma Physics Laboratory (PPPL) have developed a detailed model of the source of a puzzling limitation on fusion reactions. The findings, published this month in Physics of Plasmas, complete and confirm previous PPPL research and could lead to steps to overcome the barrier if the model proves consistent with experimental data. “We used to have correlation,” said physicist David Gates, first author of the paper. “Now we believe we have causation.” This work was supported by the DOE Office of Science.

At issue is a problem known as the “density limit” that keeps donut-shaped fusion facilities called tokamaks from operating at peak efficiency. This limit occurs when the superhot, charged plasma gas that fuels fusion reactions reaches a certain density and spirals apart in a flash of light, shutting down the reaction. Overcoming the limit could facilitate the development of fusion as a safe, clean and abundant source of energy for generating electricity.