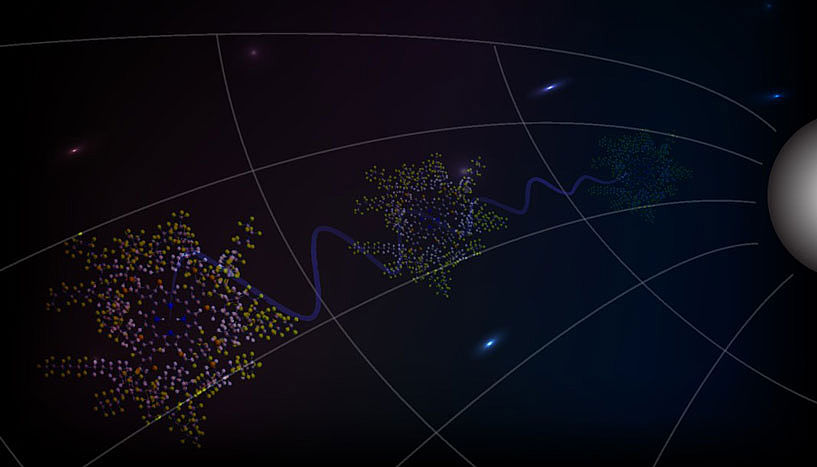 (June 16, 2015)  Einstein’s theory of time and space will celebrate its 100th anniversary this year. Even today it captures the imagination of scientists. In an international collaboration, researchers from the Universities of Vienna (Časlav Brukner), Harvard (Igor Pikovski) and Queensland have now discovered that this world-famous theory can explain yet another puzzling phenomenon: the transition from quantum behavior to our classical, everyday world. Their results are published in the journal "Nature Physics".

In 1915 Albert Einstein formulated the theory of general relativity which fundamentally changed our understanding of gravity. He explained gravity as the manifestation of the curvature of space and time. Einstein’s theory predicts that the flow of time is altered by mass. This effect, known as "gravitational time dilation", causes time to be slowed down near a massive object. It affects everything and everybody; in fact, people working on the ground floor will age slower than their colleagues a floor above, by about 10 nanoseconds in one year. This tiny effect has actually been confirmed in many experiments with very precise clocks. Now, a team of researchers from the University of Vienna, Harvard University and the University of Queensland have discovered that the slowing down of time can explain another perplexing phenomenon: the transition from quantum behavior to our classical, everyday world.