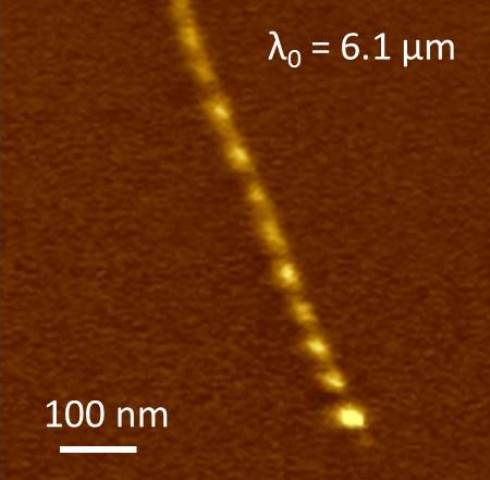 (July 29, 2015)  The term “plasmons” might sound like something from the soon-to-be-released new Star Wars movie, but the effects of plasmons have been known about for centuries. Plasmons are collective oscillations of conduction electrons (those loosely attached to molecules and atoms) that roll across the surfaces of metals while interacting with photons. For example, plasmons from nanoparticles of gold, silver and other metals interact with visible light photons to generate the vibrant colors displayed by stained glass, a technology that dates back more than 1,000 years. But plasmons have high-technology applications as well. In fact, there’s even an emerging technology named for them – plasmonics – that holds great promise for superfast computers and optical microscopy.

At the heart of the high-technology applications of plasmons is their unique ability to confine the energy of a photon into a spatial dimension smaller than the photon’s wavelength. Now, a team of researchers with Berkeley Lab’s Materials Sciences Division, working at the Advanced Light Source (ALS), has generated and detected plasmons that boast one of the strongest confinement factors ever: the plasmon wavelength is only one hundredth of the free-space photon wavelength. 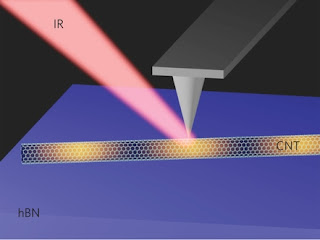 By focusing infrared light onto the tip of an Atomic Force Microscope, the researchers were able to observe what are called “Luttinger-liquid” plasmons in metallic single-walled nanotubes. A Luttinger-liquid is the theory that describes the flow of electrons through one-dimensional objects, such as a single-walled nanotube (SWNT), much as the Fermi-liquid theory describes the flow of electrons through most two- and three-dimensional metals.