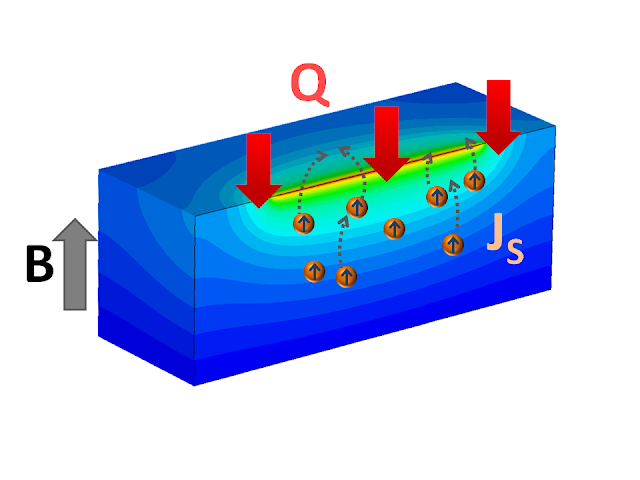 (July 24, 2015)  It doesn’t happen often that a young scientist makes a significant and unexpected discovery, but postdoctoral researcher Stephen Wu of the U.S. Department of Energy's Argonne National Laboratory just did exactly that. What he found—that you don't need a magnetic material to create spin current from insulators—has important implications for the field of spintronics and the development of high-speed, low-power electronics that use electron spin rather than charge to carry information.

Wu’s work upends prevailing ideas of how to generate a current of spins. “This is a discovery in the true sense,” said Anand Bhattacharya, a physicist in Argonne's Materials Science Division and the Center for Nanoscale Materials (a DOE Office of Science user facility), who is the project's principal investigator. “There’s no prediction of anything like it.”

Spin is a quantum property of electrons that scientists often compare to a tiny bar magnet that points either “up” or “down.” Until now scientists and engineers have relied on shrinking electronics to make them faster, but now increasingly clever methods must be used to sustain the continued progression of electronics technology, as we reach the limit of how small we can create a transistor. One such method is to separate the flow of electron spin from the flow of electron current, upending the idea that information needs to be carried on wires and instead flowing it through insulators.