Rogue wave theory to save ships 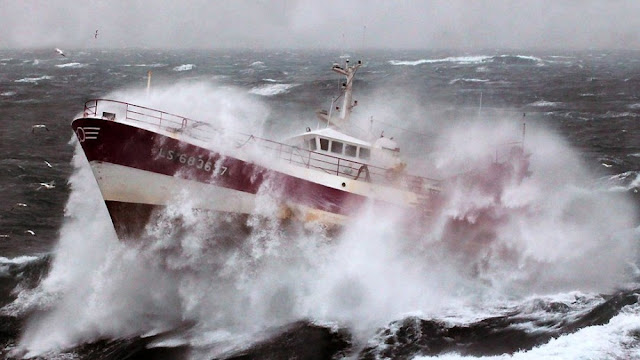 (July 29, 2015)  Physicists have found an explanation for rogue waves in the ocean and hope their theory will lead to devices to warn ships and save lives.

"A device on the mast of a ship analysing the surface of the sea could perhaps give a minute's warning that a rogue wave is developing," said Professor Nail Akhmediev, leader of the research at the Research School of Physics and Engineering.

"Even seconds could be enough to save lives."

Rogue ocean waves develop apparently out of nowhere over the course of about a minute and grow to as much as 40 metres in height before disappearing as quickly as they appeared.

Ships unlucky enough to be where rogue waves appear can capsize or be seriously damaged, as happened in the Mediterranean Sea to the Cypriot ship Louis Majesty, which was struck by a rogue wave in 2010 that left two passengers dead and fourteen injured.

The research by Professor Akhmediev and the team at the ANU Research School of Physics and Engineering, Dr Adrian Ankiewich and PhD student Amdad Chowdury, is published in Proceedings of Royal Society A.

Professor Akhmediev said that there are about 10 rogue waves in the world's oceans at any moment.

"Data from buoys and satellites around the world is already being collected and analysed. Combined with observations of the surrounding ocean from the ship this would give enough information to predict rogue waves," said Professor Akhmediev.