Researchers pinpoint where the brain unites our eyes’ double vision 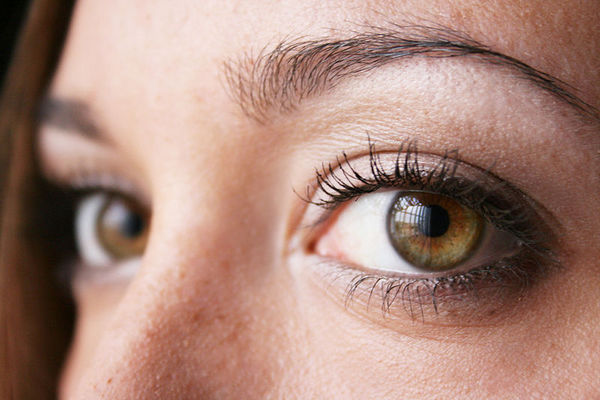 Using prisms and an advanced brain scanner, researchers have found the point
in the human brain at which the vision of two eyes becomes one image.

(July 23, 2015)  If you have two working eyes, you are live streaming two images of the world into your brain. Your brain combines the two to produce a view of the world that appears as though you had a single eye — like the Cyclops from Greek mythology.

And that's a good thing, as the combination of the two images makes for a much more useful impression of the world. With one eye shut, catching a ball or parking a car become far more difficult.

"If you're reaching out with your hand, you want to aim not at where things appear to be, but where they are," says Bas Rokers, psychology professor at the University of Wisconsin-Madison. "Two eyes are giving you two images that don't by themselves tell you where things are relative to your hand. It's the integrated information that tells you where things are."

Using prisms and an advanced brain scanner, Rokers and collaborators at Utrecht University in the Netherlands have found the point in the human brain — very early in image processing in the visual cortex — in which the transformation to a cyclopean view of the world takes place.