THRIVE sets its sights on waste heat: Waste not, want not 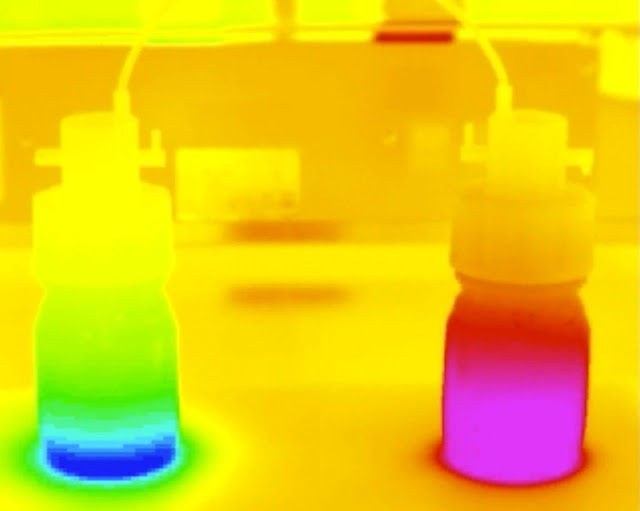 (July 27, 2015)  As part of the National Research Program “Energy Turnaround” NRP 70 the Swiss National Science Foundation (SNSF) is supporting the interdisciplinary research project “THRIVE”. With IBM Research – Zurich and the Hochschule für Technik Rapperswil as leading houses, scientists from Empa, ETH Zurich, HEIG-VD and PSI will be teaming up with industrial partners until 2017 to develop a heat pump that is powered by waste heat.

Compared to today’s compression heat pumps, this technology only requires very little electricity and can also use waste heat efficiently to air-condition buildings. The project is part of the SNSF initiative to support the Swiss government’s “Energy Strategy 2050” and is open to further industrial partners interested in collaborating.

According to a study commissioned by the Swiss Federal Office of Energy (SFOE), heat production accounts for around half of Switzerland’s entire energy consumption, such as for heating or numerous technical procedures, including drying, forging or melting. Today, the energy demand is primarily covered by fossil energy sources and the waste heat produced in the process is usually released unused into the surroundings. Almost 40% of the total electricity consumption still goes on heating and cooling. The Energy Strategy 2050 plans to phase out nuclear power, which provides 40% of Switzerland’s electricity today, and to drastically reduce CO2 emissions – a goal that urgently requires the more efficient use of the available energy resources and a sustainable reduction in the electricity consumption.