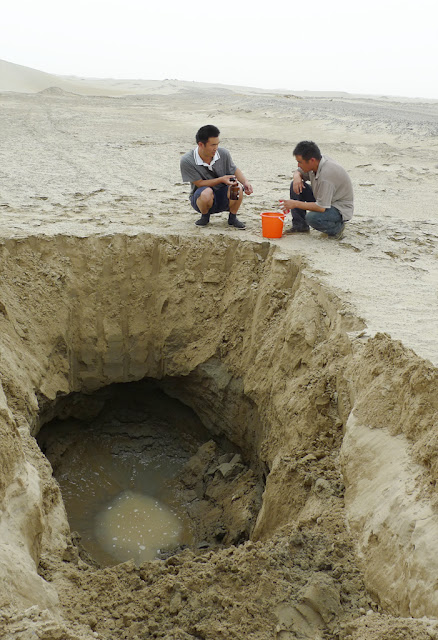 (July 28, 2015)   The world’s deserts may be storing some of the climate-changing carbon dioxide emitted by human activities, a new study suggests. Massive aquifers underneath deserts could hold more carbon than all the plants on land, according to the new research.

Humans add carbon dioxide to the atmosphere through fossil fuel combustion and deforestation. About 40 percent of this carbon stays in the atmosphere and roughly 30 percent enters the ocean, according to the University Corporation for Atmospheric Research. Scientists thought the remaining carbon was taken up by plants on land, but measurements show plants don’t absorb all of the leftover carbon. Scientists have been searching for a place on land where the additional carbon is being stored—the so-called “missing carbon sink.”

The new study suggests some of this carbon may be disappearing underneath the world’s deserts – a process exacerbated by irrigation. Scientists examining the flow of water through a Chinese desert found that carbon from the atmosphere is being absorbed by crops, released into the soil and transported underground in groundwater—a process that picked up when farming entered the region 2,000 years ago.