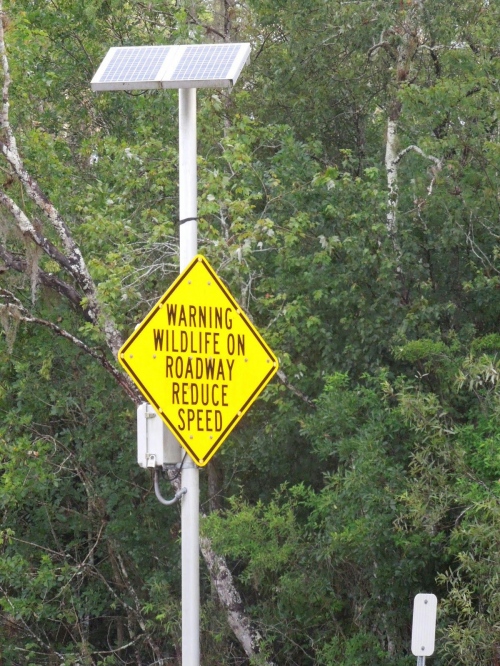 (July 29, 2015)  Roadside Animal Detection Systems (RADS), which use sensors to detect large animals on the road and to alert drivers by activating flashing lights on warning signs, could be the answer for preventing numerous wildlife casualties.

Such systems have been tested with varying degrees of success since the 1990s. Researchers from the University of Central Florida have now implemented a novel simulation approach to evaluate their efficiency. The study can be found in the open-access journal Nature Conservation.

The researchers stress that road accidents involving wild animals are posing a real threat to their populations.

Working with the UCF Institute for Simulation and Training, the researchers created a virtual road for test subjects to drive along in a realistic driving simulator. Some subjects were tested with a RADS, while some were not. The researchers evaluated their responses to an animal darting out into the road during the simulated drive.

In addition, the researchers tested whether simple, picture-based warning signs yielded better results than text-based ones. Using a simulator had additional benefits: "We were able to study responses that would be extremely difficult to measure using field observations, such as the precise moment a subject started braking," said Dr. Daniel Smith, a Principal Investigator on the study.

Although picture-based warning signs outperformed word-based warning signs, both RADS versions were better than nothing at all, causing drivers to reduce their speed and brake earlier in response to an animal than drivers who had no warning system.