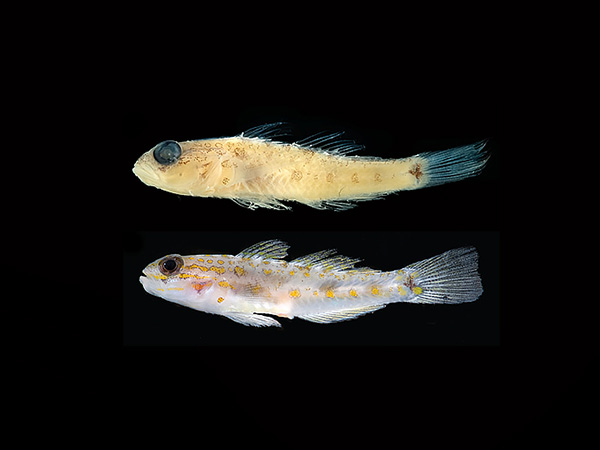 The fish takes its name, published in the journal ZooKeys on July 17, from Substation Curaçao’s Curasub, a submersible that caters to tourists, adventurers and researchers. Since their first expedition in 2011, Smithsonian marine scientists have collected more than 100 fishes, about a third of which are new to science. Their findings underscore how little is known about the incredible biological diversity of the Caribbean’s deep reefs.

“Every new place we go along the coast of Curaçao we find something we have not seen and collected before,” said Robertson, a staff scientist at the Smithsonian Tropical Research Institute.

The new fish, found 70 to 80 meters —around 230 to 260 feet—below the surface, is the deepest-dwelling addition to its genus, which now includes 12 species in the western Atlantic and one in the eastern Pacific, The discovery of a goby at this depth raises questions about how it differs from its shallower brethren. In addition to differences in its mitochondrial DNA, its pattern of spots and some physical features of its fins also distinguish C. curasub from other gobies.