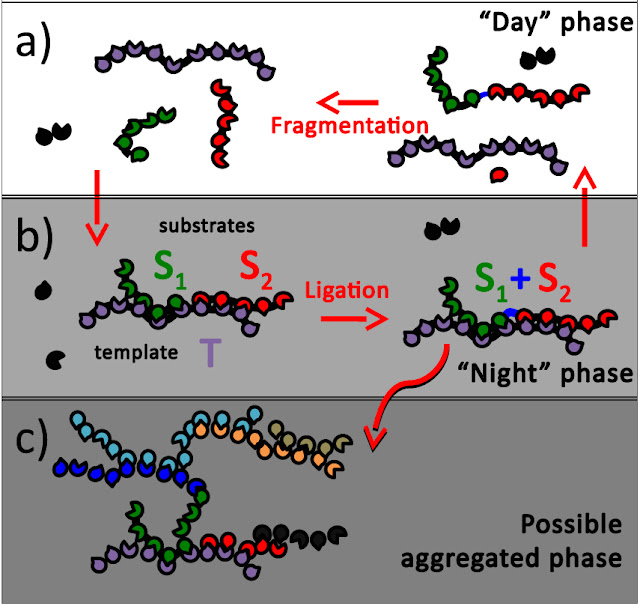 (July 28, 2015)  Nearly four billion years ago, the earliest precursors of life on Earth emerged. First small, simple molecules, or monomers, banded together to form larger, more complex molecules, or polymers. Then those polymers developed a mechanism that allowed them to self-replicate and pass their structure on to future generations.

We wouldn't be here today if molecules had not made that fateful transition to self-replication. Yet despite the fact that biochemists have spent decades searching for the specific chemical process that can explain how simple molecules could make this leap, we still don't really understand how it happened.

Now Sergei Maslov, a computational biologist at the U.S. Department of Energy's Brookhaven National Laboratory and adjunct professor at Stony Brook University, and Alexei Tkachenko, a scientist at Brookhaven's Center for Functional Nanomaterials (CFN), have taken a different, more conceptual approach.  They've developed a model that explains how monomers could very rapidly make the jump to more complex polymers. And what their model points to could have intriguing implications for CFN's work in engineering artificial self-assembly at the nanoscale. Their work is published in the July 28, 2015 issue of The Journal of Chemical Physics.