Playing 'tag' with pollution lets scientists see who's It 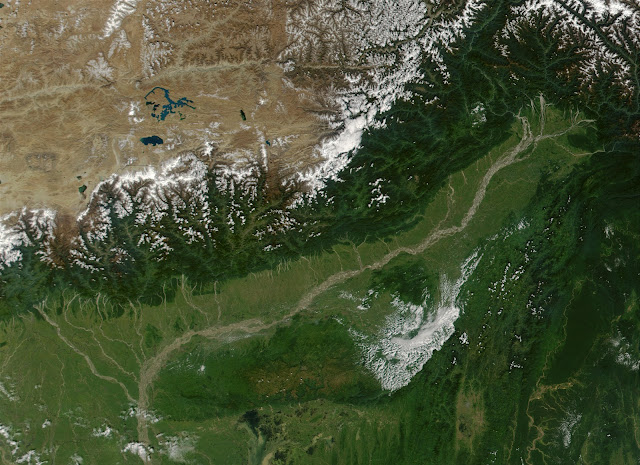 Source of soot that is warming Tibetan Plateau ID'd

(July 30, 2015)  Using a climate model that can tag sources of soot from different global regions and can track where it lands on the Tibetan Plateau, researchers have determined which areas around the plateau contribute the most soot — and where. The model can also suggest the most effective way to reduce soot on the plateau, easing the amount of warming the region undergoes.

The work, which appeared in Atmospheric Chemistry and Physics in June, shows that soot pollution on and above the Himalayan-Tibetan Plateau area warms the region enough to contribute to earlier snowmelt and shrinking glaciers. A major source of water, such changes could affect the people living there. The study might help policy makers target pollution reduction efforts by pinpointing the sources that make the biggest difference when cut.

"If we really want to address the issue of soot on the Tibetan Plateau," said Yun Qian, a study co-author at the Department of Energy's Pacific Northwest National Laboratory, "we need to know where we should start."