Should androids have the right to have children? 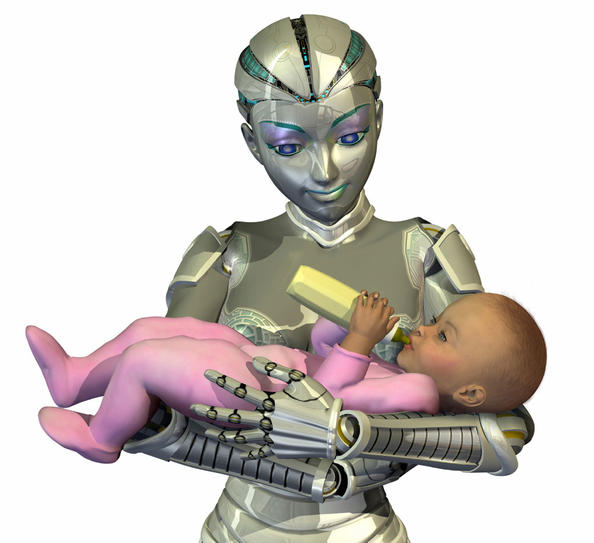 ROBOT MUMMY: Hellstrand believes in a future with greater diversity regarding identity,
particularly with regard to technological possibilities and social relations.
Photo: Linda Bucklin/iStock

(July 27, 2015)  In contemporary science fiction, we often see robots passing themselves off as humans. According to a UiS researcher, the genre problematises what it takes to be accepted as a human being and provides a useful contribution to the debate about who should have the right to reproduce.

Science fiction culture has prospered and gone from being for nerds only in the 1970s and 1980s to becoming part of popular culture in the last two decades. This particularly applies to the TV series genre, which has become mainstream with Battlestar Galactica (2004), Heroes (2006) and Fringe (2009).

"The genre has evolved from depicting technology as a threat, to dealing with more intimate relations between humans and machines", says Ingvil Hellstrand. In her doctoral thesis, she points out that science fiction today is often about humanoid androids that are trying to become "one of us".

According to Hellstrand, this is not incidental.

"Contemporary science fiction reflects current changes in a destabilised world, relating both to boundaries between Us and Them and the boundary regarding what it means to be human. This theme is closely connected to the revolution in medical technology in which we find ourselves", Hellstrand explains.

She debated this at the University of Stavanger earlier this year with her thesis "Passing as human. Posthuman worldings at stake in contemporary science fiction".