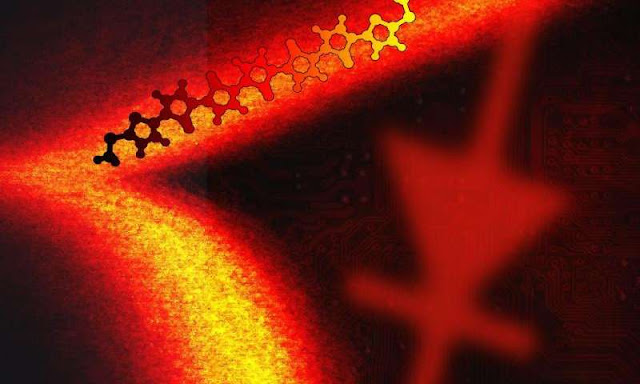 A team of researchers from Berkeley Lab and Columbia University has passed a major milestone in molecular electronics with the creation of the world’s highest-performance single-molecule diode. Working at Berkeley Lab’s Molecular Foundry, a U.S. Department of Energy (DOE) Office of Science User Facility, the team used a combination of gold electrodes and an ionic solution to create a single-molecule diode that outperforms the best of its predecessors by a factor of 50.

“Using a single symmetric molecule, an ionic solution and two gold electrodes of dramatically different exposed surface areas, we were able to create a diode that resulted in a rectification ratio, the ratio of forward to reverse current at fixed voltage, in excess of 200, which is a record for single-molecule devices,” says Jeff Neaton, Director of the Molecular Foundry, a senior faculty scientist with Berkeley Lab’s Materials Sciences Division and the Department of Physics at the University of California Berkeley, and a member of the Kavli Energy Nanoscience Institute at Berkeley (Kavli ENSI). 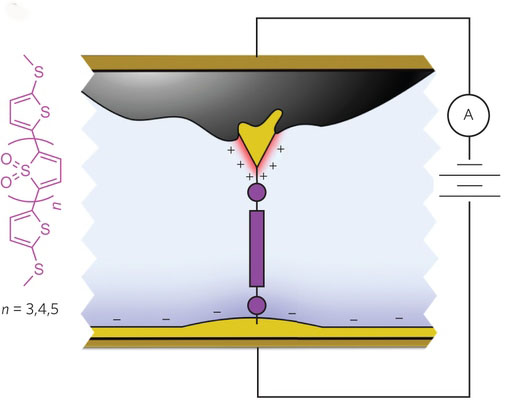 “The asymmetry necessary for diode behavior originates with the different exposed electrode areas and the ionic solution,” he says. “This leads to different electrostatic environments surrounding the two electrodes and superlative single-molecule device behavior.”