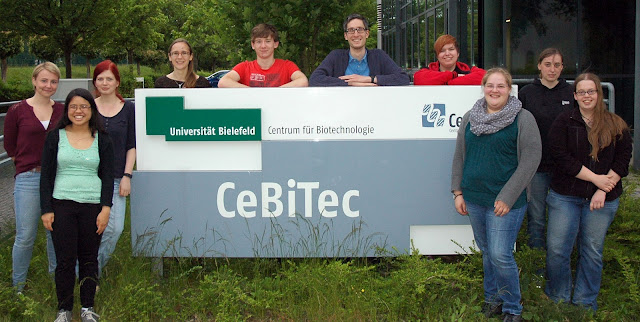 (July 27, 2015)  In Boston, the iGEM team will compete with this research project against universities from around the world

What am I actually drinking here? Is my drinking water contaminated with heavy metals? Or can I test if my drink has been laced with knock-out drugs? Ten students from Bielefeld University are working on developing test strips that would allow anyone to quickly test the quality of their drinking water or drink. With this research project, the student team will compete at this year’s iGEM competition in Boston, USA. iGEM stands for “international genetically engineered machine” and is the most important student competition in synthetic biology. From 24-28 September in Boston, the team will present their findings and compete against other research projects by teams from universities around the world.

Contaminated drinking water can be a problem not only in developing countries, but also in our own backyard. Knowing what is in the water, and whether it is safe to drink, can be crucial for survival in some cases. A test strip that is as simple to read as a barcode, for example with a Smartphone app, could be a solution to the problem. “Such a testing system could prove beneficial in crisis zones, for instance places that have experienced flooding or an earthquake. Emergency responders should be able to test whether the drinking water in the area is dangerous for the people using an easy, quick, accurate, and cheap method, which will then enable them to take additional measures as necessary,” explains iGEM member Luzia Buchholz.