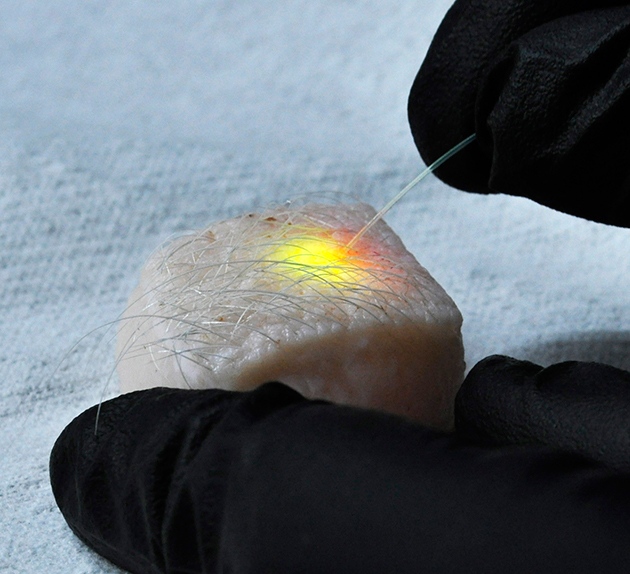 (July 28, 2015)  Scientists have turned individual cells into miniature lasers by injecting them with droplets of oil or fat mixed with a fluorescent dye that can be activated by short pulses of light.

The finding, reported on 27 July in Nature Photonics1, could help to broaden how light is used for both medical diagnosis and treatment.

The system was devised by Seok Hyun Yun and Matjaž Humar, both optical physicists at Harvard Medical School in Cambridge, Massachusetts, and uses droplets of fat or oil within a cell to reflect and amplify light, generating a laser.

Yun had previously reported a method for generating laser light by engineering cells to express a fluorescent jellyfish protein, then placing a single such cell between a pair of external mirrors2. His latest work goes a step further, producing a cell with a self-contained laser.

Conventional luminescent probes, which include fluorescent dyes and proteins, have relatively broad emission spectra — around 30-100 nanometres. This limits the number of probes that can be used simultaneously, because it is often difficult to distinguish these sources of luminescence from the broad background emissions of naturally occurring molecules in tissue.