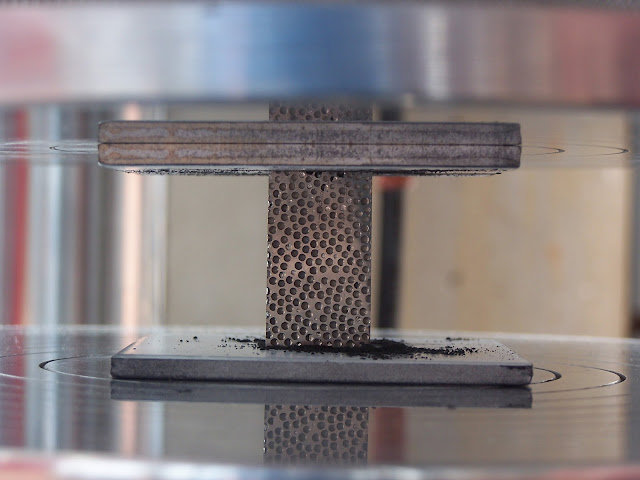 (July 17, 2015)  Research from North Carolina State University shows that lightweight composite metal foams are effective at blocking X-rays, gamma rays and neutron radiation, and are capable of absorbing the energy of high impact collisions. The finding means the metal foams hold promise for use in nuclear safety, space exploration and medical technology applications.

“This work means there’s an opportunity to use composite metal foam to develop safer systems for transporting nuclear waste, more efficient designs for spacecraft and nuclear structures, and new shielding for use in CT scanners,” says Afsaneh Rabiei, a professor of mechanical and aerospace engineering at NC State and corresponding author of a paper on the work.

Rabiei first developed the strong, lightweight metal foam for use in transportation and military applications. But she wanted to determine whether the foam could be used for nuclear or space exploration applications – could it provide structural support, protect against high impacts and provide shielding against various forms of radiation?

To that end, she and her colleagues conducted multiple tests to see how effective it was at blocking X-rays, gamma rays and neutron radiation. She then compared the material’s performance to the performance of bulk materials that are currently used in shielding applications. The comparison was made using samples of the same “areal” density – meaning that each sample had the same weight, but varied in volume.