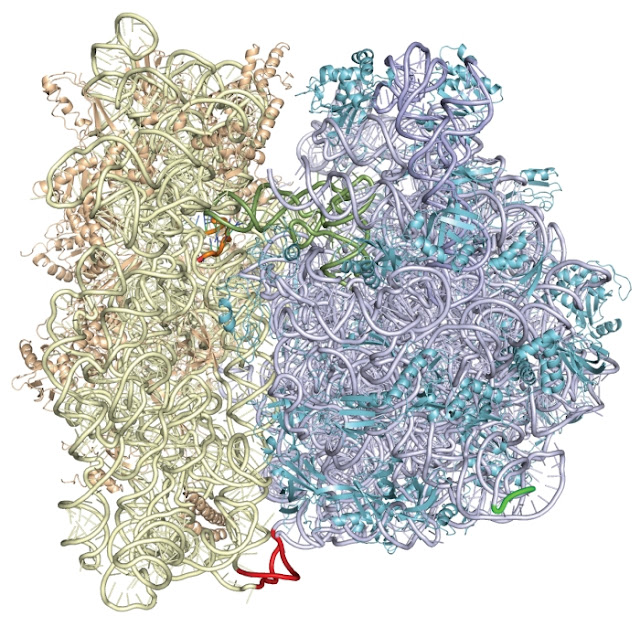 The ability to engineer the ribosome not only could help scientists understand how the protein-maker works, but it also could endow the ribosome with new functions. For drug discovery and basic research, engineered ribosomes could create nonnatural proteins or even nonprotein polymers that would be difficult or impossible for native ribosomes to make.

Alexander Mankin of the University of Illinois, Chicago; Michael C. Jewett of Northwestern University; and colleagues designed, engineered, and characterized the artificial ribosome, which they call Ribo-T (Nature 2015, DOI: 10.1038/nature14862).

“It’s an impressive body of work that will enable the directed or random evolution of ribosomes with modifications that allow synthetic amino acids to be more efficiently incorporated, or even to expand the genetic code,” comments ribosome assembly specialist Katrin Karbstein of Scripps Research Institute Florida.