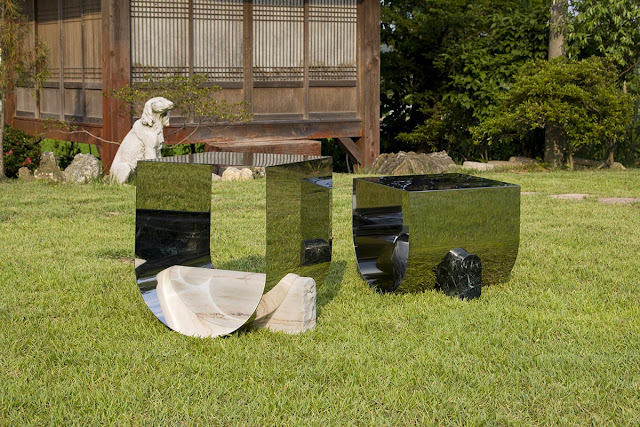 (July 27, 2015)  Half Half collection is not only to experiment different potentials of stone and metal, which have shared history of human being’s making things, but also to find timeless design approach out by making contrast between pureness of metal and stone. The project is to reinterpret the material as a table and a stool, by using shape of circle and square. The point is to have a strong contrast between metal and stone. I decided to use a geometrical structure like crossing a heavy material over the bent stainless steel. And then it’s able to function a hundred percent as a stool and a table with a good contrast between a light material and heavy one. It can be recognized easily by people because of using the basic shapes like circle and square. That is intentional aim to make a definite function through a simple shape. And the design shows the possibility of the materiality with various stones. It gives people inspiration by refection of pattern and color of the stones on face of metal. Finally, Half Half becomes the functional sculpture to stimulate people’s curiosity and imagination.