This could replace your silicon computer chips 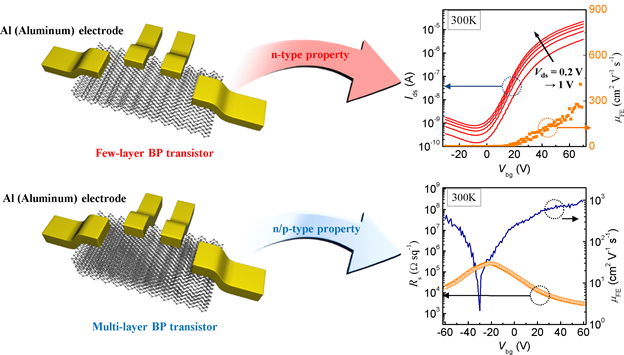 (July 30, 2015) Silicon Valley in Northern California got its nickname from the multitude of computer chip manufacturers that sprung up in the surrounding area in the 1980’s.  Despite its ubiquity as a chip building material, silicon may be facing some competition from a new version of an old substance.

Transistors are made up of materials with semiconducting properties, which come in two varieties: n-type (excess electrons) and p-type (excess holes). With the BP crystal, researchers have discovered that they can change its thickness and/or the contact metals and that will determine if it is high performance n-type, p-type, or ambipolar (function as both n- or p-type) material.

What does this mean?

Silicon has to be extrinsically doped (inserting another element into its crystal structure) to make it n-type or p-type in order for it to work in a semiconductor chip.   The BP crystals can operate as both n-type and p-type or something in between, but don’t require extrinsic doping.  This means that instead of having to fabricate a silicon-arsenic crystal sandwiched between silicon-boron crystals, a transistor can have a single, lightweight, pure black phosphorus logic chip -- no doping required.
Additionally, changing the metals used to connect the chip to the circuit has an influence on whether BP will be n- or p-type.  Instead of doping to make an n- and p-type material, both n- and p-type BP can be put all together on one chip just by changing its thickness and the contact metal used.