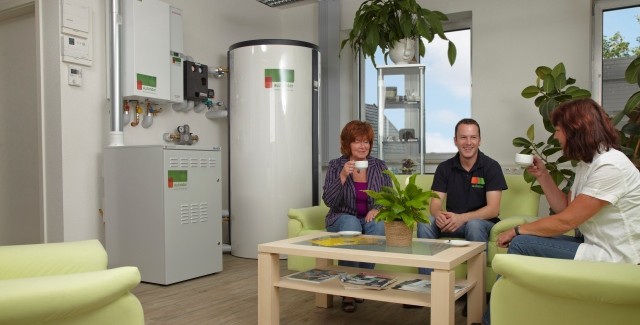 (July 24, 2015)  The development of affordable and efficient ceramic fuel cells that could be used to power homes, the culmination of five years worth of work by Colorado School of Mines researchers, is featured in the July 23 issue of Science magazine.

The research, led by Mines Professor Ryan O’Hayre, would enable more efficient use of natural gas for power generation through the use of fuel cells that convert the chemical energy of a fuel source into electrical energy close to where it is used.

“Our work demonstrates a proton-conducting ceramic fuel cell that generates electricity off of either hydrogen or methane fuel and runs at much lower temperatures that conventional ceramic fuel cells,” said O’Hayre. “We achieved this advance by developing a new air electrode for our fuel cell that is highly active even at lower temperatures because it is a triple-conducting electrode (it conducts electron holes, oxygen ions, and protons all at the same time) and we applied a relatively new fabrication method that greatly reduces the complexity and cost for the fuel cell fabrication.”