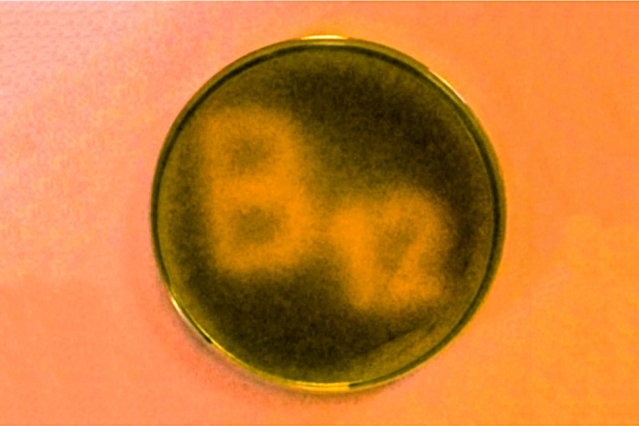 MIT scientists identify and map the protein behind a light-sensing mechanism.

(September 28, 2015)  MIT scientists, working with colleagues in Spain, have discovered and mapped a light-sensing protein that uses vitamin B12 to perform key functions, including gene regulation.

The result, derived from studying proteins from the bacterium Thermus thermophilus, involves at least two findings of broad interest. First, it expands our knowledge of the biological role of vitamin B12, which was already understood to help convert fat into energy, and to be involved in brain formation, but has now been identified as a key part of photoreceptor proteins — the structures that allow organisms to sense and respond to light.

Second, the research describes a new mode of gene regulation, in which the light-sensing proteins play a key role. In so doing, the scientists observe, the bacteria have repurposed existing protein structures that use vitamin B12, and put them to work in new ways.

“Nature borrowed not just the vitamin, but really the whole enzyme unit, and modified it … and made it a light sensor,” says Catherine Drennan, a professor of chemistry and biology at MIT.

The findings are detailed this week in the journal Nature. The paper describes the photoreceptors in three different states: in the dark, bound to DNA, and after being exposed to light.
“It’s wonderful that we’ve been able to get all the series of structures, to understand how it works at each stage,” Drennan says. 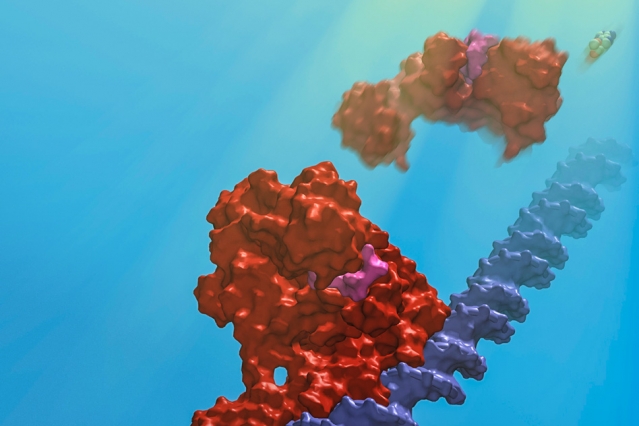 The paper has nine co-authors, including Drennan; graduate students Percival Yang-Ting Chen, Marco Jost, and Gyunghoon Kang of MIT; Jesus Fernandez-Zapata and S. Padmanabhan of the Institute of Physical Chemistry Rocasolano, in Madrid; and Monserrat Elias-Arnanz, Juan Manuel Ortiz-Guerreo, and Maria Carmen Polanco, of the University of Murcia, in Murcia, Spain.

The researchers used a combination of X-ray crystallography techniques and in-vitro analysis to study the bacteria. Drennan, who has studied enzymes that employ vitamin B12 since she was a graduate student, emphasizes that key elements of the research were performed by all the co-authors.