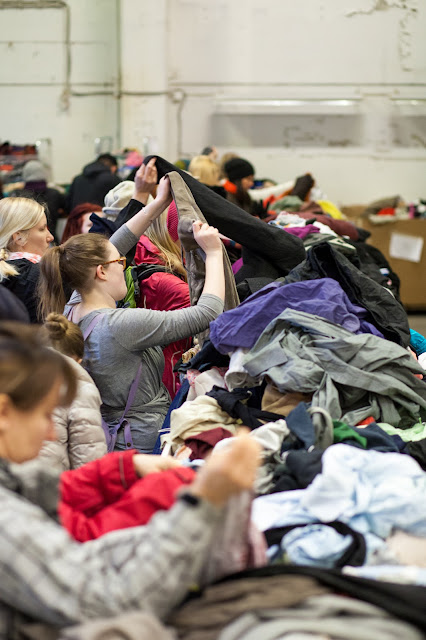 PHOTOS: Helsinki Metropolitan Area Reuse Centre Ltd has collected and
pre-processed cotton textiles thrown away by consumers that could not
be reused as clothing or used as material for recycled products.
(Photos by Joonas Lumpeinen)

(September 22, 2015)  Old worn-out cotton clothing can be turned into new fibres for the textile industry using a cellulose dissolution technique developed by VTT Technical Research Centre of Finland. A group of Finnish organisations have launched a project in the course of which the new production technique will be tried out in practice at all stages of the value chain during 2015 and 2016. Cellulose wet-spinning is due to begin at VTT's pop-up plant in Finland in October. The first clothing line made of the new recycled fibres will be out towards the end of 2016.

Advancements in recycling technology are challenging both consumers and businesses: Organic waste in the form of clothing may as of 2016 no longer be disposed of by landfill. The Circular Economy of Textiles (TEKI) project is aimed at piloting and modelling a closed-loop ecosystem in line with the principles of the circular economy, which will form the basis of a new way to make industrial use of textile waste that cannot be reused. 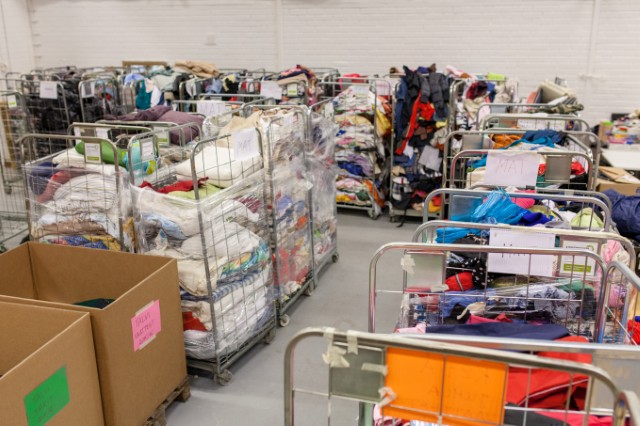 For the purpose of the TEKI project, VTT and Ethica have brought together a group of Finnish organisations representing different activities in the value chain. The common goal of the organisations is to promote the recycling of textiles while adding value to their business activities or creating new business. Ethica's role in the project is to research and model the potential of a closed-loop textile ecosystem more comprehensively and to gauge consumers' interest in operating models that are based on the principles of circular economy and recycled materials. The project also aims to study the technological requirements of dissolution-based recycling.

Cotton that is not suitable for reuse can be dissolved to make cellulose solution, which can be turned into new fibre. Cellulose fibre can be produced using the same technique and equipment as has been used to make viscose fibre for decades, but the new production technique is considerably more environmentally friendly than the technique used for viscose, as no carbon disulphide is needed in the dissolution process. Compared to virgin cotton, the new technique also reduces the water footprint by more than 70% and the carbon footprint by 40–50%.