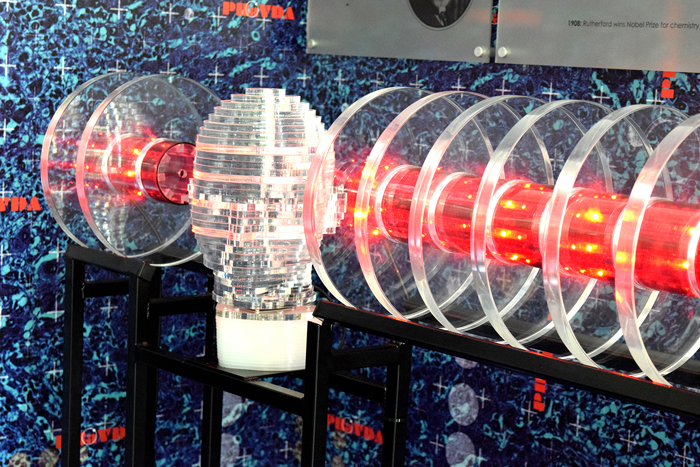 (September 21, 2015)  A groundbreaking piece of medical imaging technology that could revolutionise cancer treatment will be featured as part of a showcase of 100 engineering ideas that have changed our world.

A section of the PRaVDA instrument, developed at the University of Lincoln, UK, for enhancing the treatment of cancer using proton beam therapy, will be included in the Institution of Engineering and Technology’s (IET) new show wall at its Savoy Place headquarters in London.

The IET is the largest professional engineering institution in Europe and its show wall will be a celebration of engineering ideas that have had the biggest impact on humanity. Other items on show include an internal combustion engine, as designed by Karl Benz, and a mechanical television system, which was masterminded by Logie Baird.

The international consortium of researchers behind the PRaVDA (Proton Radiotherapy Verification and Dosimetry Applications) project is led by the University of Lincoln’s Distinguished Professor of Image Engineering Nigel Allinson MBE.

Funded by the Wellcome Trust, he and his multinational team are developing one of the most complex medical instruments ever imagined to improve the delivery of proton beam therapy in the treatment of cancer. The advances they have made in medical imaging technology could make this type of therapy a viable treatment for many more cancer sufferers.

Professor Allinson, from the University of Lincoln’s School of Computer Science, said: “It is an amazing honour for our work to be included on the IET’s show wall, and to be up there with some of the all-time greats of engineering innovation.”