Amyloid plaques in Alzheimer's and diabetes: Novel leads for inhibitors 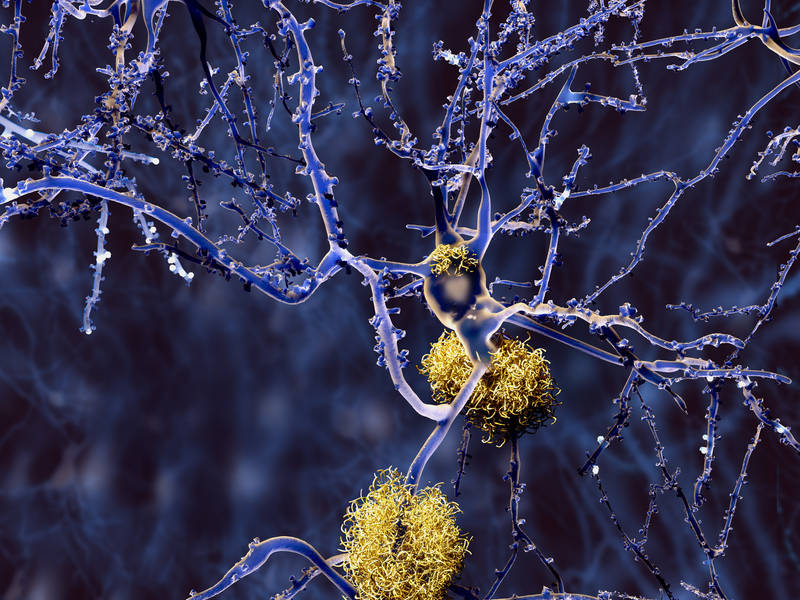 (September 24, 2015)  When proteins change their structure and clump together, formation of amyloid fibrils and plaques may occur. Such “misfolding” and “protein aggregation” processes damage cells and cause diseases such as Alzheimer's and type 2 diabetes. A team of scientists from the Technical University of Munich (TUM) headed by Professor Aphrodite Kapurniotu have now developed molecules that suppress protein aggregation and could pave the way for new treatments to combat Alzheimer's, type 2 diabetes and other cell-degenerative diseases.

The scientists designed and studied 16 different peptide molecules in order to find out which of them are able to impede the “clumping” of the proteins amyloid beta (Aß) and islet amyloid polypeptide (IAPP), which are associated with Alzheimer's and type 2 diabetes.

The molecules were designed on the basis of scientific work that shows that the Aβ and IAPP proteins interact with each other, and that this “cross-amyloid interaction” suppresses their clumping. The researchers selected short sequences of the IAPP protein that correspond to the key regions involved in the interaction with the Alzheimer's protein. These "hot segments" were then chemically linked to each other by using specific peptide segments as “linkers” in order to mimic and optimize the IAPP cross-amyloid interaction surface.