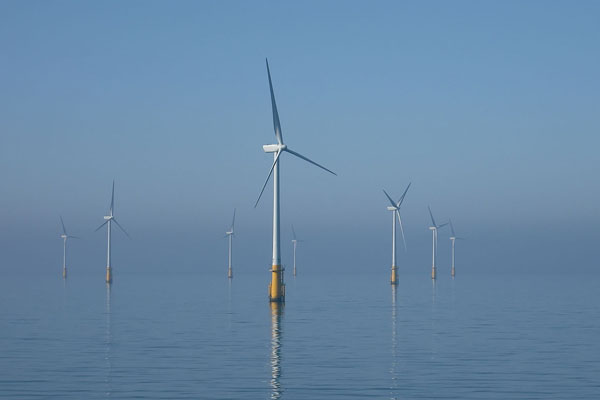 UD professors report in the Proceedings of the National Academy of Science
that the U.S. has fallen behind on offshore wind power.

(September 30, 2015)  University of Delaware faculty from the College of Earth, Ocean, and Environment (CEOE), the College of Engineering and the Alfred Lerner School of Business and Economics say that the U.S. has fallen behind in offshore wind power.

The UD professors, who are all affiliated with UD’s Center for Carbon Free Power Integration (CCPI), reported their findings in an invited paper that appeared this week in the prestigious journal Proceedings of the National Academy of Sciences.

Titled “The Time Has Come for Offshore Wind Power in the U.S.,” the paper asserts that while offshore wind turbines have been successfully deployed in Europe since 1991, the U.S. is further from commercial-scale offshore wind deployment today than it was in 2005.

“As we celebrate the 10-year anniversary of the U.S. Energy Policy Act of 2005, it is disheartening to see that while land-based wind and solar have reached new heights, U.S. offshore wind has remained a missed opportunity,” says the paper’s lead author, Jeremy Firestone, who is a professor in CEOE’s School of Marine Science and Policy and directs CCPI.