How the brain encodes time and place 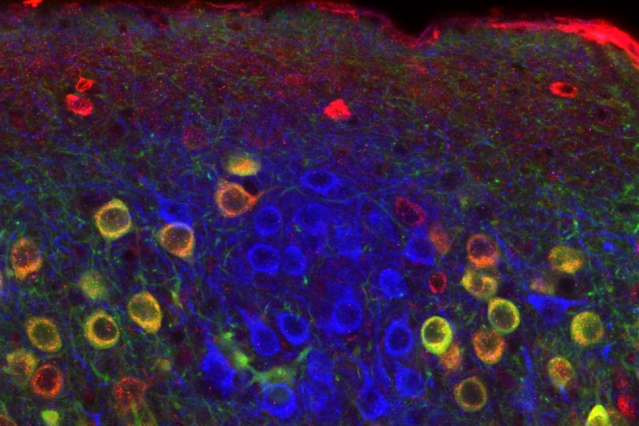 Neuroscientists identify a brain circuit that is critical for forming episodic memories.

(September 23, 2015)  When you remember a particular experience, that memory has three critical elements — what, when, and where. MIT neuroscientists have now identified a brain circuit that processes the “when” and “where” components of memory. 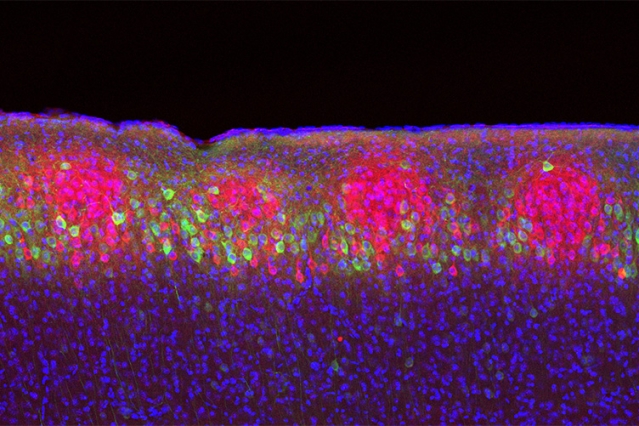 In this image of the entorhinal cortex, ocean cells are labeled with green fluorescence
and island cells with red fluorescence. Blue fluorescence indicates the cell nuclei.
Image: Takashi Kitamura

This circuit, which connects the hippocampus and a region of the cortex known as entorhinal cortex, separates location and timing into two streams of information. The researchers also identified two populations of neurons in the entorhinal cortex that convey this information, dubbed “ocean cells” and “island cells.”

Previous models of memory had suggested that the hippocampus, a brain structure critical for memory formation, separates timing and context information. However, the new study shows that this information is split even before it reaches the hippocampus. 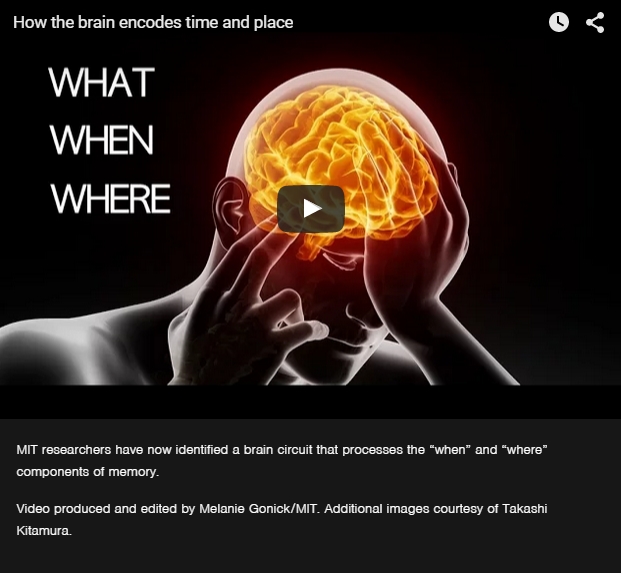 “It suggests that there is a dichotomy of function upstream of the hippocampus,” says Chen Sun, an MIT graduate student in brain and cognitive sciences and one of the lead authors of the paper, which appears in the Sept. 23 issue of Neuron. “There is one pathway that feeds temporal information into the hippocampus, and another that feeds contextual representations to the hippocampus.”

The paper’s other lead author is MIT postdoc Takashi Kitamura. The senior author is Susumu Tonegawa, the Picower Professor of Biology and Neuroscience and director of the RIKEN-MIT Center for Neural Circuit Genetics at MIT’s Picower Institute for Learning and Memory. Other authors are Picower Institute technical assistant Jared Martin, Stanford University graduate student Lacey Kitch, and Mark Schnitzer, an associate professor of biology and applied physics at Stanford.