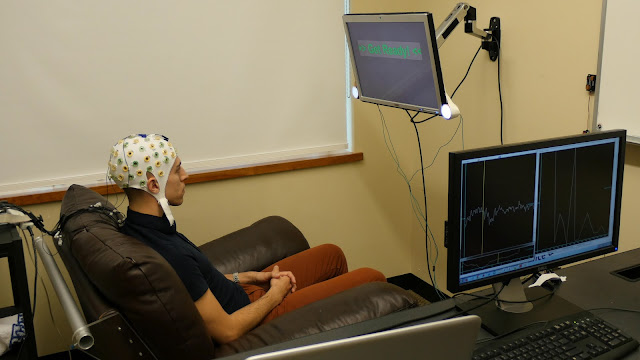 (September 23, 2015) Imagine a question-and-answer game played by two people who are not in the same place and not talking to each other. Round after round, one player asks a series of questions and accurately guesses the object the other is thinking about.

Sci-fi? Mind-reading superpowers? Not quite.

University of Washington researchers recently used a direct brain-to-brain connection to enable pairs of participants to play a question-and-answer game by transmitting signals from one brain to the other over the Internet. The experiment, detailed today in PLOS ONE, is thought to be the first to show that two brains can be directly linked to allow one person to guess what’s on another person’s mind.

“This is the most complex brain-to-brain experiment, I think, that’s been done to date in humans,” said lead author Andrea Stocco, an assistant professor of psychology and a researcher at UW’s Institute for Learning & Brain Sciences.

“It uses conscious experiences through signals that are experienced visually, and it requires two people to collaborate,” Stocco said. 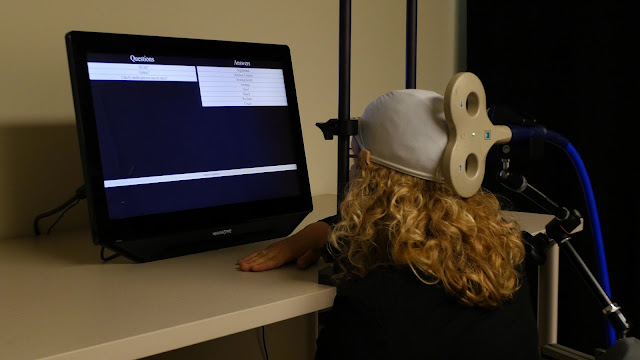 Here’s how it works: The first participant, or “respondent,” wears a cap connected to an electroencephalography (EEG) machine that records electrical brain activity. The respondent is shown an object (for example, a dog) on a computer screen, and the second participant, or “inquirer,” sees a list of possible objects and associated questions. With the click of a mouse, the inquirer sends a question and the respondent answers “yes” or “no” by focusing on one of two flashing LED lights attached to the monitor, which flash at different frequencies.