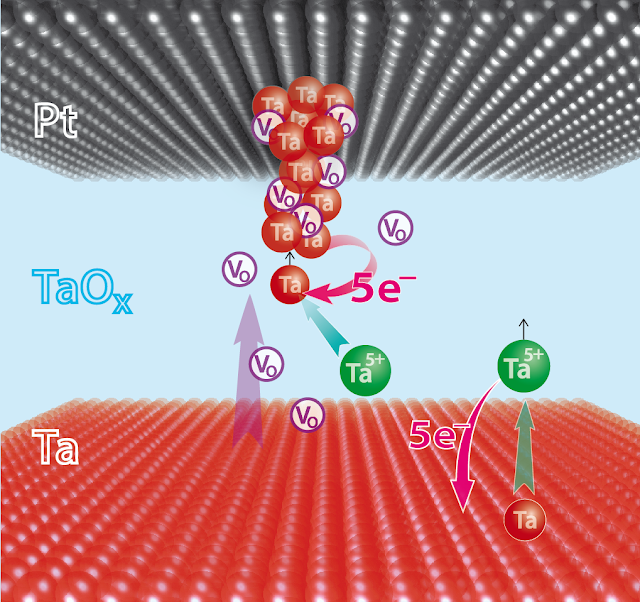 (September 29, 2015)  Resistive memory cells or ReRAMs for short are deemed to be the new super information-storage solution of the future. At present, two basic concepts are being pursued, which, up to now, were associated with different types of active ions. But this is not quite correct, as Jülich researchers working together with their Korean, Japanese and American colleagues were surprised to discover. In valence change memory (VCM) cells, not only are negatively charged oxygen ions active, but – akin to electrochemical metallization memory (ECM) cells – so too are positively charged metal ions. The effect enables switching characteristics to be modified as required and makes it possible to move back and forth from one concept to the other, as reported by the researchers in the journals Nature Nanotechnology and Advanced Materials.

ReRAM cells have a unique characteristic: their electrical resistance can be altered by applying an electric voltage. The cells behave like a magnetic material that can be magnetized and demagnetized again. In other words, they have an ON and an OFF state. This enables digital information to be stored, i.e. information that distinguishes between "1" and "0". The most important advantages of ReRAMs are that they can be switched rapidly, consume little energy, and maintain their state even after long periods of time with no external voltage. 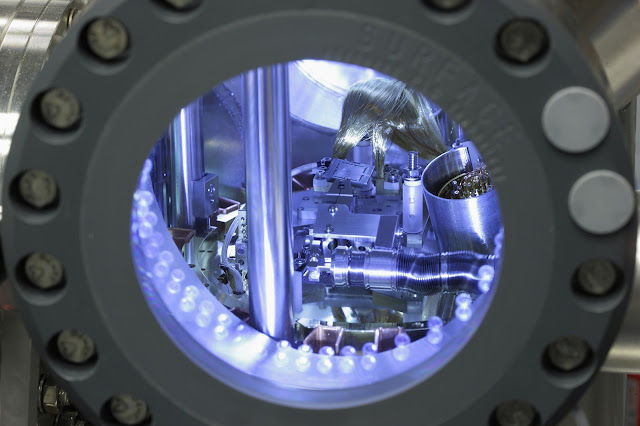 The memristive behaviour of ReRAMs relay on mobile ions. These ions move in a similar manner to in a battery, flowing back and forth between two electrodes in a metal oxide layer no more than a few nanometres thick. For a long time, researchers believed that VCMs and ECMs functioned very differently. In ECMs, the ON and OFF states are achieved when metal ions move and form whisker-like filaments. This happens when an electric voltage is applied, causing such filaments to grow between the two electrodes of the cell. The cell is practically short-circuited and the resistance decreases abruptly. When the process is carefully controlled, information can be stored. The switching behaviour of VCMs, in contrast, were primarily associated with the displacement of oxygen ions. Contrary to metal ions, they are negatively charged. When a voltage is applied, the ions move out of an oxygen-containing metal compound. The material abruptly becomes more conductive. In this case as well, the process needs to be more carefully controlled.