Algae could be a new green power source 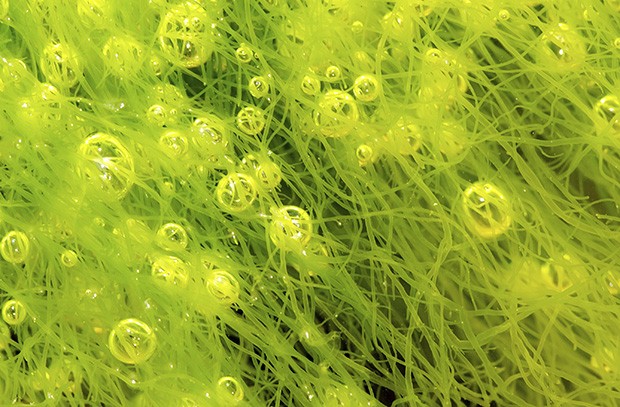 (November 25, 2015)  As world leaders prepare to gather in France for the 2015 United Nations Conference on Climate Change next week, global warming — and how to stop it — is a hot topic.

To limit climate change, experts say that we need to reach carbon neutrality by the end of this century at the latest. To achieve that goal, our dependence on fossil fuels must be reversed. But what energy source will take its place? Researchers from Concordia University in Montreal just might have the answer: algae.

In a study published in the journal Technology, a team led by Concordia engineering professor Muthukumaran Packirisamy describe their invention: a power cell that harnesses electrical energy from the photosynthesis and respiration of blue-green algae.

Why plants? Because the energy is already there.

Why blue-green algae? Because it’s everywhere.

Also known as cyanobacteria, blue-green algae are the most prosperous microorganisms on earth, evolutionarily speaking. They occupy a broad range of habitats across all latitudes. And they’ve been here forever: the planet's early fauna and flora owe their makeup to cyanobacteria, which produced the oxygen that ultimately allowed higher life forms to flourish.

“By taking advantage of a process that is constantly occurring all over the world, we’ve created a new and scalable technology that could lead to cheaper ways of generating carbon-free energy,” says Packirisamy.